On the 15th July 1957, the first Guitar Club was broadcast on BBC Radio. Devised by Ken Sykora, it is, arguably, his most significant programme. As well as influencing many aspiring guitarists, it also elevated Ken to the status of most popular guitarist in Britain in the late 50s.

Ken had already started his career with the BBC as a performer and compere of various jazz related programmes when, in September 1955, he wrote to BBC Radio Variety Music Organiser, Donald MacLean, saying “I have an idea for a programme, in which I hope you may be interested.”

The letter, found in the BBC Written Archive, runs to 6 pages with Ken presenting his idea: a showcase for the different type of guitar styles. He outlined the format of the programme, some possible guests and uncharacteristically, suggested himself as the presenter! He concluded by saying “There seems to be a great wealth of talent here, in so many different styles, and many of them composers and arrangers, bursting with ideas, frustrated by lack of opportunity.”

The suggestion was of interest and sample scripts were requested. It took a further six months for the scripts to be submitted and the cost per programme estimated - at £70. By April 1956, the programme had been formulated as 3 x 30 minutes for the BBC Home Service, but the budget had rocketed to £80 per show!

However, a year passed and by March 1957 the programme was beginning to look like a non-starter. The BBC questioned whether the celebrity guests could be obtained for an average fee of 15 guineas (circa £15), as suggested. They questioned what experience Ken had as a scriptwriter and broadcaster. Furthermore they doubted that the Home Service would even be looking for this type of programme.

MacLean and producer John Kingdon managed to reassure the BBC and in May 1957 the BBC confirmed 8 shows for the Light Programme. They were to be of 45 minutes duration, budgeted at £75 each and would air on Mondays from 6.00pm – 6.45pm.  Launch date, Monday 15th July 1957. 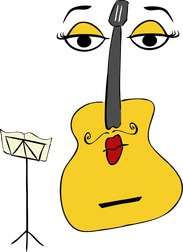 The first series was commissioned for 8 shows in the 3rd quarter of 1957. As per Ken’s own original suggestion, he served as compere for the show, introducing the performers, as well as having his own musical slot. His performances were usually backed by either his own band or the resident Guitar Club Group, led by Ike Isaacs. Three guest performers featured per show. The intro music for the programme was performed by the Guitar Club Group, as was the end music, accompanied by Ken and all the guests of the day.

The show was broadcast live from the BBC's Piccadilly 1 Studio, in front of a studio audience, with rehearsals taking place the same afternoon. The tickets to the show were extremely popular, with BBC staff as well as the public. Two notable audience regulars were Johnny Beerling (who became the legendary controller of Radio 1 in its heyday) and Bernie Andrews, both of whom later worked with Ken on the magazine programme, Roundabout.

The first series was a success and the BBC commissioned a further 5 shows for the 4th quarter of ’57. The format was tweaked, reducing the running time to the originally recommended 30 minutes. The big coup was its ‘promotion’ to the prime time spot of Saturday evenings at 6.00pm.

This proved a popular move and 1958 saw Guitar Club commissioned for the whole year, from week 8 to week 51. It retained its Saturday evening slot and included a special Christmas Edition. However, one big change was introduced: BBC staff announcer Roy Williams replaced Ken as compere. Ken continued to introduce his own regular playing slot, but the change of compere proved unpopular. In August of 1958, the show’s producer, John Kingdon wrote a long letter to the BBC imploring them to reinstate Ken when the show returned in the autumn. He argued that Ken was synonymous with Guitar Club. Not only had it helped elevate him to the status of nation’s favorite guitarist, he was also the automatic choice of compere for any guitar, folk or skiffle festival or concert and had a quiet authority. Other guitar players were considered, such as Bert Weedon, Malcom Mitchell, A.P. Sharpe, Ivor Mairants and Chappie D’Amato, but none were felt to have Ken’s mix of musical knowledge and ability. The plea worked and Ken was duly reinstated.

Despite solid audience approval ratings and very positive comments from those who tuned in, particularly guitarists, the BBC still felt that Guitar Club’s share of the listening audience was not as great as they expected. The Head of Planning questioned “what’s wrong? I find this an excellent programme”. He wondered if it was because the programme was not getting the benefit of the audience tuning in for the preceding weather forecasts, which ran Monday to Friday. He was even prepared to investigate with the Met Office whether they would be able to supply weekend forecasts! 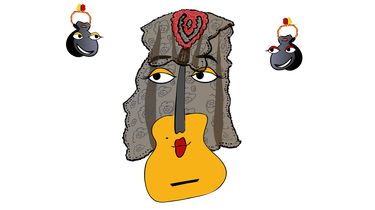 Towards the end of 1958, Guitar Club producer John Kingdon was looking for other ways to keep Guitar Club fresh. He suggested the idea of hosting some shows from the regional centres, so every 3rd week in 1959, John, Ken and Ike Isaacs traveled off to the regions: Birmingham, Bristol, Manchester, Glasgow to perform a show. A Belfast edition was arranged, but with Ike and Ken remaining in London and the guests, Dick Cameron, Gerard Campbell and Norman Watson, linking up from the Belfast studio. Another variation on the theme in ’59 was a “Just Jazz” edition, which registered the highest audience of the series.

The BBC also commissioned a TV pilot of Guitar Club in January 1959. The show featured all the Guitar Club favorites: Ken, Ike, Diz Disley, Steve Benbow, Bob Cort and Dorita y Pepe. Unfortunately the show wasn’t picked up, nor the pilot retained in the BBC archives.

Guitar Club strummed on through 1959, but the audience figures were beginning to slide. In February 1960, Kingdon received the memo advising him of the date of the last show. So on Saturday 9th April, the Guitar Club Group of Alan Metcalfe, Allan Ganley, Arthur Watts and Reg Wale and leader Ike Isaacs joined Ken for the last time. The series, commissioned originally for 6 shows, went on to notch up over 40 and featured a guest list that ran like a who’s who of the guitar.

John Kingdon, the producer of the show, remained one of its biggest fans. He wrote to Ken in 1962 saying that he’d “never given up hope that Guitar Club might rate a return”. He noted that the sales of Selmer guitars were running at a staggering 20,000 per year – hard evidence of the persisting popularity of the jazz-man’s guitar of choice.

However, Kingdon was not the only influential fan of Guitar Club. By 1966, Bernie Andrews, a one time audience member and later colleague of Ken on the magazine programme, Roundabout, had become a radio music producer. Bernie famously had the foresight to record all the Beatles’ performances at the BBC at a time when the BBC did not record such programmes. This later enabled the BBC to release the CD, Beatles Live at the BBC. Bernie was successful in persuading the BBC to resurrect Guitar Club for four one-off specials. He understood that the key was to get celebrity guests on the show and Donovan, the Cream, Davy Graham and Tom Paxton were duly booked. However, he was determined to re-unite the original line-up and so Ken starred as presenter, supported by Ike Isaacs and the Guitar Club Group. The shows were broadcasted in December 66 and January 67. 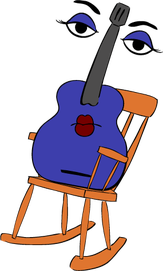 Guitar Club is considered by many to be the seminal guitar programme that played a key role in popularising the guitar in the 50s. It was undoubtedly the springboard for Ken's radio career: providing the big jump from specialist music presenter to household name.

For those who have never heard Guitar Club, two complete programmes from the 50s are available to listen to on the Ken Sykora Radio Station.

Also, a Guitar Club script from 11th April ‘59, complete with Ken’s handwritten notes, can be viewed in Ken's Archive.

To celebrate the programme, a Guitar Club 2012 version was produced and first published on the Ken Sykora Radio Station on Saturday 15th December 2012 at 6pm. 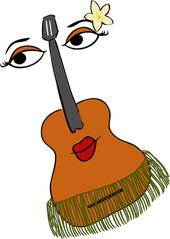