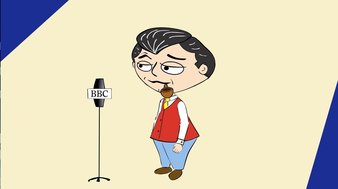 Ken Sykora's radio career spanned over 40 years and an estimated 3,000 broadcasts. In his heyday, he was a household name in the UK, entertaining the millions who tuned into the BBC. The subjects of his radio programmes ranged from music (jazz, guitar, folk, big band) to sport, food, facts and figures. He devised, wrote and presented a huge number of his own programmes, from Guitar Club to Eater's Digest. He was a respected interviewer and an accomplished presenter, hosting many of the BBC's flagship talk programmes, including Start the Week, You and Yours and Jazz Record Requests, which still run to this day. He is one of the few presenters to have appeared on all BBC networks, starting on the Light Programme and Home Service, through BBC Radio 1, 2, 3, 4 and ending on BBC Radio 5!

He was introduced to the BBC initially as a musician, performing on various radio jazz music programmes, such as British Jazz, London Jazz and the Jazz Scene. However, with his unique knowledge of Django Reinhardt, he was given the opportunity to write and present a radio special on the late guitarist. Broadcast on 31st January 1956, the programme was well received and launched Ken’s career at the BBC as a broadcaster, rather than just a performer.

In 1957, the BBC commissioned Ken’s idea for a series showcasing the diversity of the guitar, called Guitar Club. He presented and performed on the show, which proved extremely popular, ran until 1960 and established his reputation as a radio broadcaster. The show welcomed many famous guitarists, including Ivor Mairants, Bert Weedon and John Williams. It played a major part in the development of the guitar in the UK and was regularly listened to by guitarists such as Paul McCartney, Andy Summers, Tom McGuinness and Martin Taylor.

By the early 60s, Ken was established as a broadcaster, presenting and also performing on his music programmes, such as Stringalong and Roundabout. Always ahead of the curve, Ken began to produce folk music programmes, such as Folk Music and Hootenanny, and is credited with making a significant contribution to the folk revival of the 60s. Towards the end of the decade he was regularly appearing across all the BBC networks, presenting talk based programmes, such as Housewives' Choice and Start the Week with his good friend, Richard Baker. He had also developed a reputation as a skillful interviewer, meeting the likes of Duke Ellington, Andres Segovia, Bing Crosby and Count Basie for the show, Be My Guest. 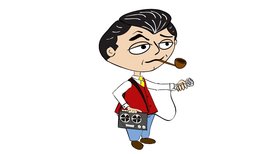 After having unexpectedly quit the BBC in London and moving to Scotland to run a hotel in the early 70s, Ken was invited back into radio, working for both BBC Scotland and Radio Clyde as a broadcaster and a producer. Ken’s programmes ranged from Serendipity with Sykora to Sound of the Guitars, from The Big Band Show on Clyde, to Sykora's Emporium for the BBC. He was given a broad rein to share his incredible musical knowledge, his love of facts and figures and his immense and diverse record collection.

His final major radio series, the delightful Eater's Digest, was awarded the 1988 Glenfiddich Award for the best radio programme of the year. Produced initially for BBC Scotland, it took an entertaining and offbeat look at the food industry, characteristically focusing on the unsung heroes - the growers and producers of the food. Such was the quality, originality and popularity of the programme that it was picked up for national broadcast by the BBC for Radio 5, taking Ken full circle, as a broadcaster heard across the UK.

Ken retired from radio in the early 90s. Of the 3,000 plus broadcasts he made over his 40 year career, only a fraction remain. Most of these are only to be found in Ken's archive. 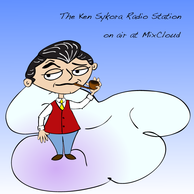 In order to provide a legacy that would otherwise have been lost, The Ken Sykora Radio Station has been set up - as a tribute to Ken as a broadcaster and to preserve his work for future generations to discover. It features many of his original programmes and also special podcasts created using material found in his archive.

Highlights include the complete programme on Django Reinhardt made by Ken in 1956; his first appearance as a musician on BBC radio in 1954 accompanying Stéphane Grappelli; rare recordings of Ike Isaacs, Diz Disley, Dorita y Pepe, Steve Benbow and many of Ken's popular programmes, such as Serendipty with Sykora, Big Band Show and Sound of the Guitars. And of course, complete Guitar Club episodes - the only copies remaining.
A hugely popular broadcaster in his day, Ken is fondly remembered by those who listened to his “golden voice”.

Selected programmes devised and/or presented by Ken between 1954 and 1990: